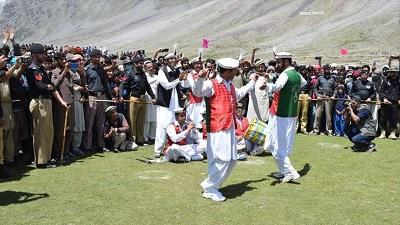 Three-day Shandur polo festival started in Pakistan on Sunday in the Shandur valley of northwestern Pakistan.

The Shandur polo ground -- called the “roof of the world” -- hosts the annual event in the first or second week of July since 1936.

The ground is considered the highest polo field in the world with its around 12,500 feet altitude.

"We welcome all the tourists who came here to enjoy the natural beauty and pleasant weather of the Shandur valley and spend good time here," Khan addressed the inauguration ceremony.