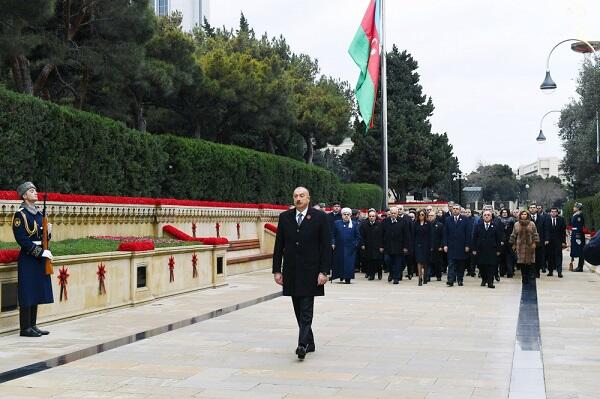 Ilham Aliyev, President of the Republic of Azerbaijan visited the Alley of Martyrs to pay tribute to the victims of the 20 January tragedy on the National Mourning Day.

The Ministry of Defense`s military orchestra played the national anthem of Azerbaijan.

Prime Minister Ali Asadov, Speaker of the Parliament Oktay Asadov and Head of the Presidential Administration Samir Nuriyev attended the ceremony of visiting the Alley of Martyrs.