Provocation on the statue of Ataturk in the US - Photo 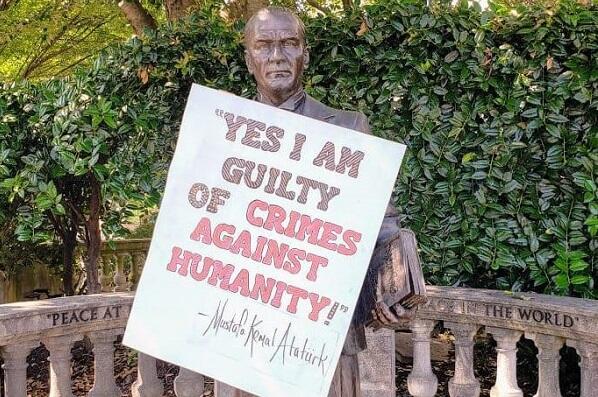 A statue of Ataturk in front of the Turkish embassy in Washington has been attacked.

Axar.az informs this was reported by the Turkish media. A banner reading "Yes, I am guilty of crimes against humanity" was hung on the statue in English.

The perpetrator was caught on surveillance cameras at the embassy. He took a photo after placing the banner on the statue. He then took the banner and left the area.