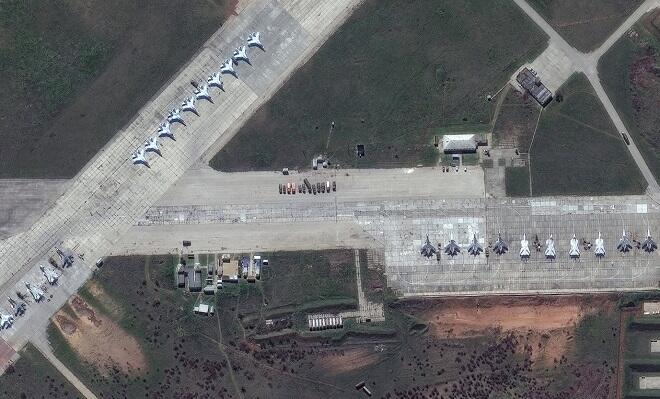 The Wall Street Journal has published satellite images of Russian troops stationed in Crimea and on the Ukrainian border.

Axar.az reports that the satellite images were taken by Maxar Technologies from March 27 to April 16. The head of the company, Dan Yablonsky, said that the images were actually released to dispel suspicions about what was happening in the region.

It was noted that one of the photos showed the airport in Crimea. Although there were no Su-30s at the airport in March, there are now dozens of fighters.

Another image was from a camp near Voronezh. The footage shows Russia gathering reconnaissance drones, motorized gunners and artillery units in the area.