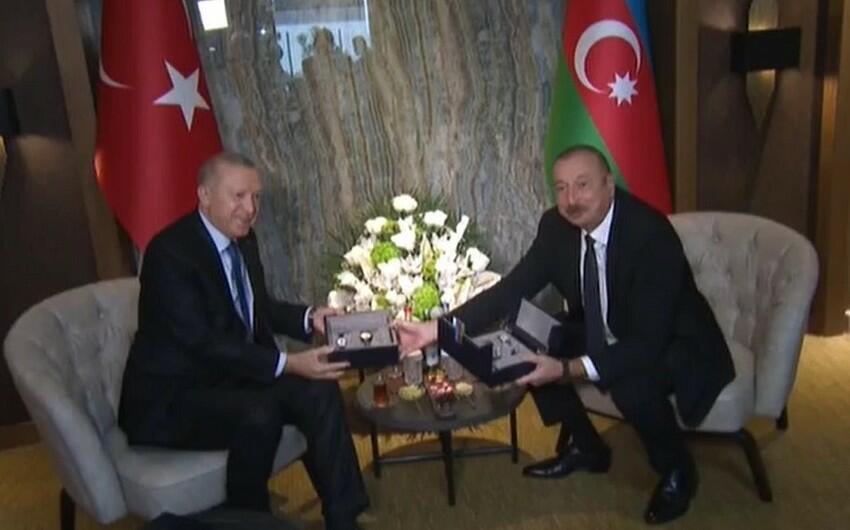 Turkish President Recep Tayyip Erdogan, who is on a visit to Azerbaijan, presented President Ilham Aliyev with a watch with the image of Kharibulbul.

Axar.az reports that at the meeting held after the opening of Fuzuli International Airport, the brother presented the watch with the image of Kharibulbul, the symbol of Shusha, to the President of Azerbaijan.

President Ilham Aliyev said: "Thank you. Come and take a closer look. My dear brother gave me these beautiful watches. The image of Kharibulbul is also on it."

Recep Tayyip Erdogan: We visited Shusha. There is Shusha on the watch, and Haribulbul is the symbol of Shusha.

President Ilham Aliyev: Yes, it is. Thank you very much!

It should be noted that RT Erdogan visited Shusha on June 15, 2021. On the same day, the leaders of Azerbaijan and Turkey signed a declaration in Shusha.