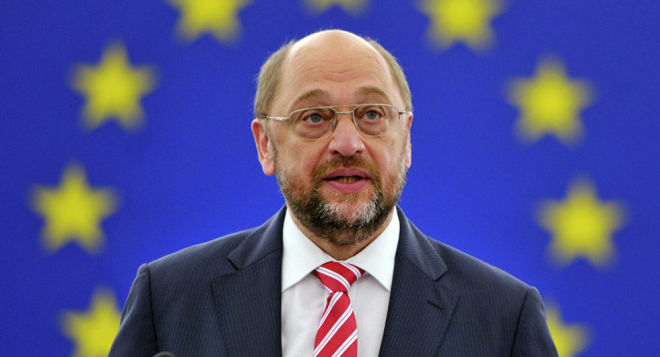 The German speaker of the European Parliament, Martin Schulz, will not seek a third term in an election in January, parliamentary sources said on Thursday and one said he would return to national politics.

The source said Social Democrat Schulz would leave the EU parliament to return to Germany, although it was not clear whether he would be the party's candidate to challenge Chancellor Angela Merkel at an election due in September.

Speculation that Schulz, the president of the institution, would return to German politics grew after the grand coalition government backed Schulz's party ally Frank-Walter Steinmeier as Germany's next president. German media have tipped Schulz as Steinmeier's successor as foreign minister.

The next foreign minister will have an overflowing in-tray as Germany tries to unite a divided post-Brexit European Union, contain an assertive Russia and work out a new relationship with Washington under Donald Trump.

Schulz has said Trump's election as the United States' 45th president will make work harder for the European Union.

Some in Brussels have questioned whether Schulz should go at a time of turbulence for the Union since Britain's vote to leave in June.

It could leave all three main EU institutions led by the centre-right and see pressure on the position of European Council President Donald Tusk, who will chair negotiations on Brexit.

The former Polish prime minister's first 30-month term expires at the end of May. Jean-Claude Juncker has a five-year term at the head of the executive European Commission, which runs until October 2019.

The centre-right and center-left in the legislature formed an effective grand coalition after Luxembourg's Juncker defeated Schulz in 2014 to be parliament's choice to run the executive Commission.

Since then, Juncker and Schulz have formed a close partnership, notably in confronting a strengthening challenge from eurosceptics. Juncker has lobbied hard for Schulz to stay as parliament president but the center right in the legislature, led by another German, Manfred Weber, insist their bloc, which is the biggest in the chamber, should now have the presidency.

Schulz, 60, ran a bookshop in his native Aachen in western Germany before entering the European Parliament in 1994. As speaker of the body since 2012, he used new powers granted by the 2009 Lisbon Treaty to increase the legislature's role in EU politics and has used the post to raise his profile at home.