Lavrov: "Moscow and Washington can reach a deal" 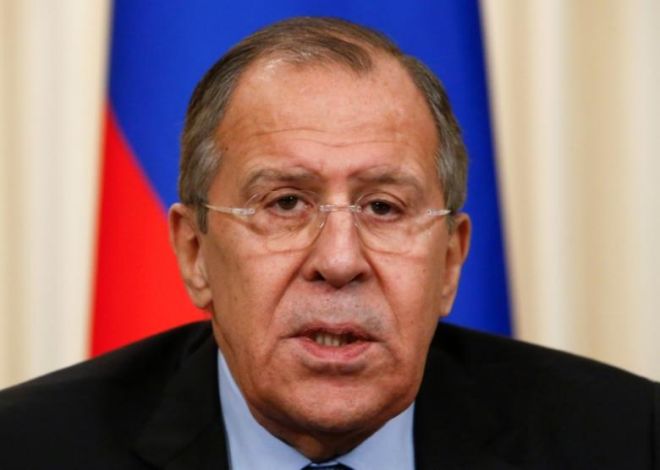 Russian Foreign Minister Sergei Lavrov said on Monday he was confident Moscow and Washington can reach a deal in talks this week on the withdrawal of all rebels from the eastern part of the Syrian city of Aleppo.

Axar.az informs, he told a news conference once the deal was reached, rebels who stay in the besieged eastern part of the city will be treated as terrorists and Russia will support the operation of the Syrian army against them.

"Those armed groups who refuse to leave eastern Aleppo will be considered to be terrorists," Lavrov said. "We will treat them as such, as terrorists, as extremists and will support a Syrian army operation against those criminal squads."

Russia and the United States will start talks on the withdrawal in Geneva on Tuesday evening or Wednesday morning, and U.S. Secretary of State John Kerry has sent his proposals on routes and timing of the withdrawal, Lavrov said.

"We believe that when the Americans proposed their initiative for militants to leave eastern Aleppo, they realized what steps they and their allies, who have an influence on militants stuck in eastern Aleppo, would have to take."