Russia and Turkey should develop their relations actively 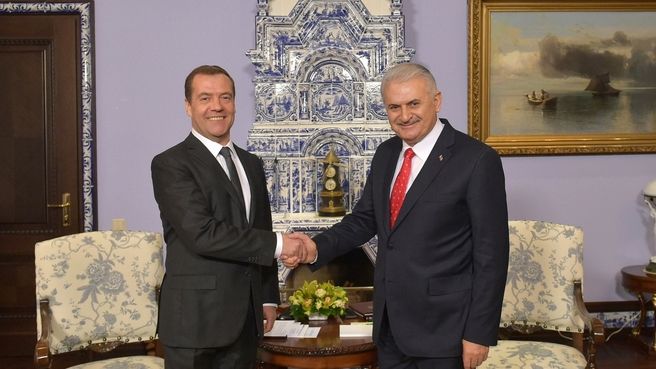 Russia and Turkey have great potential to increase the bilateral trade and economic cooperation, the Russian Prime Minister Dmitry Medvedev said during a meeting with the Turkish Prime Minister Binali Yildirim.

According to him, Russia and Turkey have a historically large volume of trade ties, but for a number of objective and subjective reasons these trade ties have decreased. "We have talked now with the Turkish prime minister, we have possibilities to increase and implement joint projects and to set the tempo of the meeting, give additional boost to economic, investment ties," Medvedev said.

"We have to maintain the same rate in trade, economic, cultural and other projects and make up for lost time to meet all the expectations of our peoples. We have to increase a little bit this rate of relations," Sputnik cited Yildirim as saying.