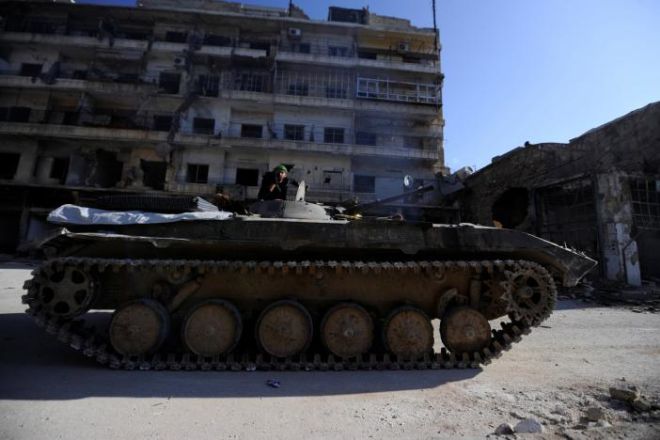 The Syrian army pressed an offensive in Aleppo on Friday with ground fighting and air strikes in an operation to retake all of the city's besieged rebel-held east that would bring victory in the civil war closer for President Bashar al-Assad.

Axar.az informs, "The advance is going according to plan and is sometimes faster than expected," a Syrian military source told Reuters, adding that the Syrian army and its allies had recaptured 32 of east Aleppo's 40 neighborhoods, about 85 percent of the area.

Reuters witnesses, rebels and a monitor on Friday confirmed the military thrust. There were no reports the Syrian army had made significant gains.

There was no sign on the ground that fighting had slowed and the army and its allies tried to advance on two fronts, a Turkey-based official with the Jabha Shamiya rebel group said.