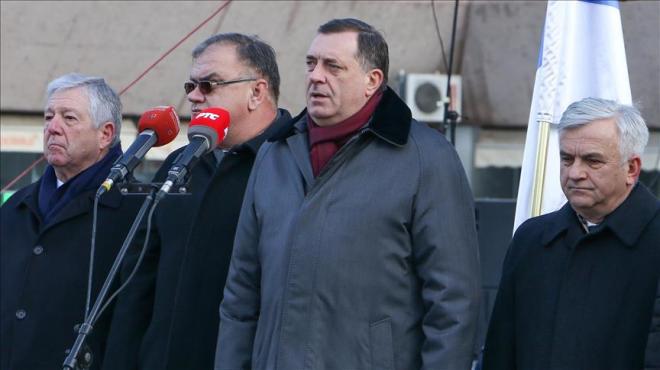 The president of Bosnia’s Serb entity - Republika Srpska - dismissed on Wednesday American financial sanctions imposed on him, saying they were not being issued by the U.S. but by members of the outgoing Barack Obama administration.

Milorad Dodik also accused U.S. ambassador to Bosnia, Maureen Cormack, of being behind the move, describing her as an “enemy of Republika Srpska and Serbs”.

More than a week ago, the Serb entity officially celebrated the creation of the small state for the second year in a row, defying a ruling from Bosnia's Constitutional Court.

During the celebrations, Dodik told a rally the entity had been created “as a response to the Serbian people's call for achieving freedom in this region."

Dodik remained defiant on Wednesday, telling reporters: "The decision is misplaced, because those who brought it know that I do not have any property, nor account in the United States or abroad, except in Serbia."

The Bosnian Serb leader said he had been under sanctions for 10 years by various actors belonging to the outgoing U.S. administration.

"This is a personal revenge of Mrs. Cormack and not officials in the U.S., which she falsely informed about the situation in Bosnia-Herzegovina," he added.