US looks to form alliance against Iran 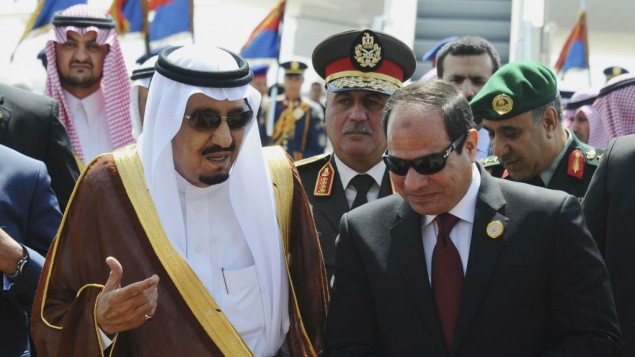 The Trump administration is reportedly working to create a military alliance of Sunni Arab nations that would share intelligence with Israel and the US to counter the rising threat of Iran.

A NATO-like mutual defense pact would include Egypt, Jordan, Saudi Arabia, the United Arab Emirates and other nations, according to a report Wednesday in the Wall Street Journal.

The concern about Shiite Iran’s expansionist aspirations unites these nations, and the goal is to create a pact whereby an attack on one of them would be treated as an act of aggression against all of them, according to five unnamed sources who are involved in the ongoing discussions on behalf of those nations.

Neither the US nor Israel would be directly part of the pact, but both would provide intelligence and backing to the group.

“They’ve been asking diplomatic missions in Washington if we’d be willing to join this force that has an Israeli component,” according to one of the diplomats. “Israel’s role would likely be intelligence sharing, not training or boots on the ground. They’d provide intelligence and targets. That’s what the Israelis are good at.”

One unnamed official told WJS that the subject would be discussed in Wednesday’s meeting between US President Donald Trump and Prime Minister Benjamin Netanyahu.

Israel has peace treaties with both Egypt and Jordan, but no formal ties with Saudi Arabia or the other Arab states. However, it has long been rumored that the two countries have held clandestine discussions on matters of regional security, and talk of warming relations has proliferated in recent months.

In October the head of a Saudi American Public Relations Affairs Committee in Washington DC called for a “collaborative alliance” between the two countries.

Israel, he noted, was “one of the most sophisticated and technologically advanced countries in the field of mining,” as well as “a world leader in the water engineering industry” — both matters of significant interest to the developing Arab kingdom.

Ties between Riyadh and Washington became increasingly frayed during the eight-year administration of former president Barack Obama, although the US sold more than $1 billion worth of American-made tanks and other weapons to Saudi Arabia to support the kingdom’s role in Yemen’s civil war.

Under Trump ties between the two countries seem poised to war, with Riyadh’s Foreign Affairs Minister Adel al-Jubeir telling reporters on Sunday: “The US and Saudi Arabia… have extensive ties. We have extensive challenges that we’re working on in counter - terrorism, in security, maritime security, and the whole gamut of issues,” he said.