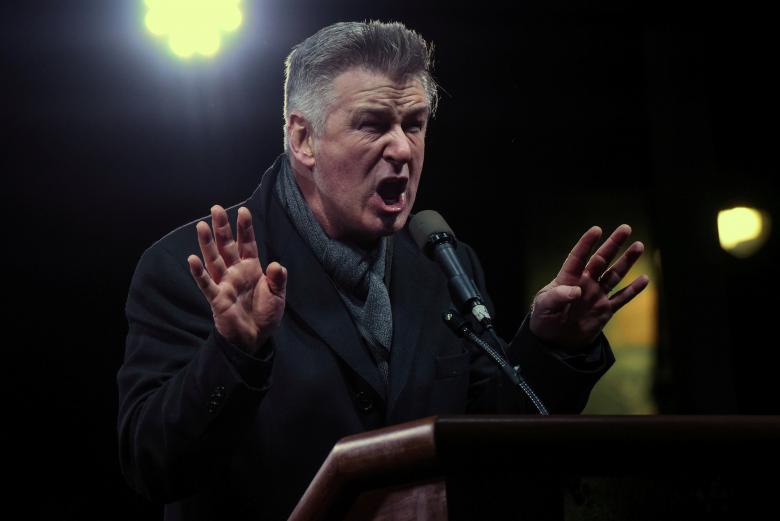 Actor Alec Baldwin is taking his "Saturday Night Live" impersonation of U.S. President Donald Trump from the screen to the pages of a satirical White House memoir due for release later this year, Penguin Press said on Wednesday.

The co-authored parody political narrative "You Can't Spell America Without Me: The Really Tremendous Inside Story of My Fantastic First Year As President," by Baldwin and real-life novelist and radio host Kurt Andersen, is set to hit bookstores on Nov. 7, the publisher said.

The parodies, in which Baldwin portrays Trump as a dim-witted commander-in-chief with a short attention span, an oversized-ego and a Twitter addiction, have become an "SNL" staple, while also drawing the real-life ire of the Republican president.

Trump criticized the NBC show in December, calling it "totally unwatchable" and a "hit-job."

"He was elected because he was the most frank presidential candidate in history, a man always eager to tell the unvarnished truth about others' flaws as well as his own excellence," Penguin said of Trump in a statement announcing the parody memoir. "Now that refreshingly compulsive ... candor is applied to his time as leader of the free world."

The terms of that agreement were not disclosed, but the Financial Times reported it capped a heated auction for global rights to the two books, with bidding that topped a record $60 million.