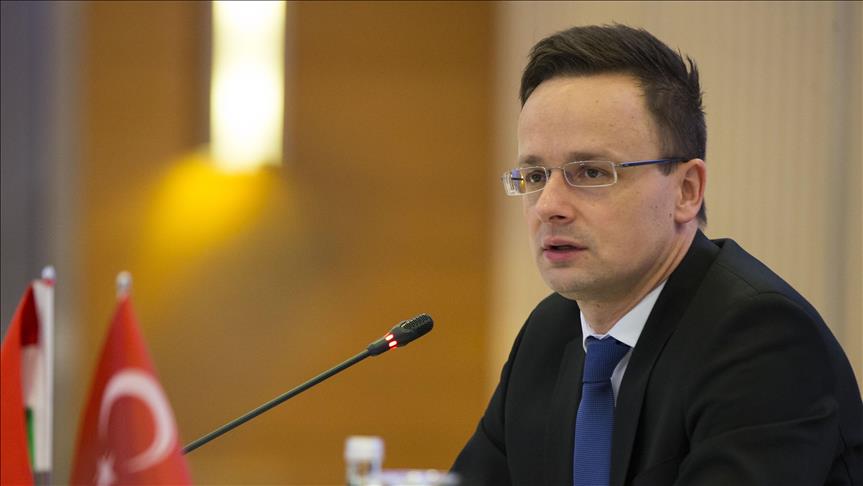 Hungarian Minister of Foreign Affairs and Trade Peter Szijjarto has said the security of the European Union (EU) depends on Turkey's stability.

He said Hungary insists the EU pay the agreed bill for the refugees as part a refugee deal signed in March 2016, which aims to discourage irregular migration through the Aegean Sea by taking stricter measures against human traffickers and improving conditions for nearly 3 million Syrian refugees in Turkey.

The deal included a 6 billion euro ($6.8 billion) aid package to help Turkey care for millions of refugees hosted in the country. However, Turkey has so far received only 677 million euros ($716 million).

Szijjarto said that the bloc could not find a common solution to the refugee crisis. "Hungary had waited months for a common solution. However, we had to take our own steps later," the minister said.

As part of measures against refugees, Hungary has reinforced its borders with soldiers and police with the support of the Visegrad Group partners — a cultural and political alliance that also includes the Czech Republic, Poland and Slovakia.

In 2015, Hungary installed razor wire fences on its borders with Serbia and Croatia to stop the refugee flow. Additionally, it implemented stiffer penalties, including jail time, for illegal crossings and announcing a state of emergency in border areas.

According to the International Organization for Migration, more than 500,000 refugees entered Greece in 2015. Many crossed the Aegean Sea from Turkey to Greece with the ultimate goal of reaching other EU countries, including Austria, Germany, and France.

Before Hungarian measures to close its borders took effect, a popular refugee route went through Macedonia, Serbia, Hungary and Austria.