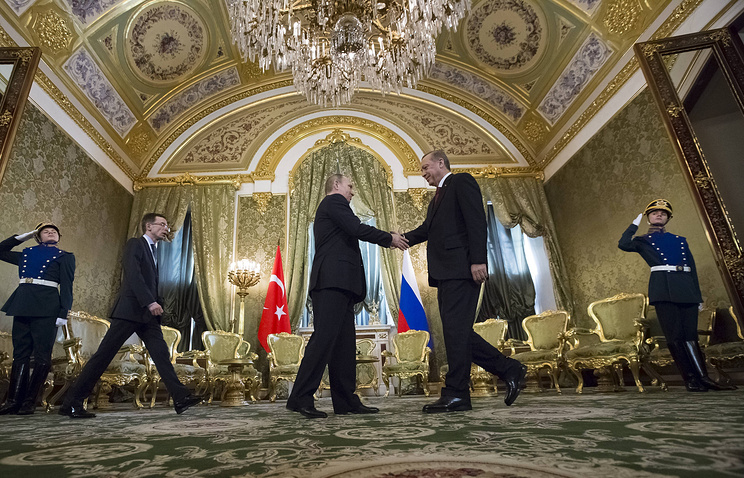 Relations between Russia and Turkey restore quickly, and Moscow is happy about it, Russia's President Vladimir Putin said.

"We are very happy our inter-state relations are restoring rather quickly," the Russian leader said during a meeting with Turkey's President Recep Tayyip Erdogan on Friday.

Quite a time passed after the 2014 meeting of the High-Level Russia-Turkey Cooperation Council, Putin said. "Many events have happened, and lately we have been working actively to bring the Russia-Turkey relations to the level worth our countries."

Putin pointed to the trustful and effective work of the military authorities and intelligence services of Russia and Turkey on Syria.