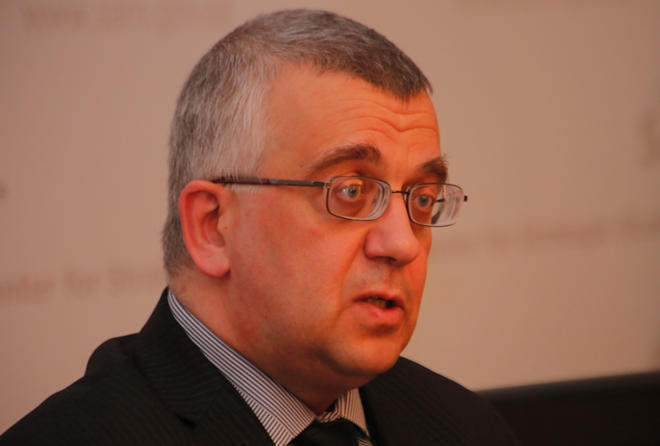 It will be impossible to prevent crimes against humanity until global recognition of the Khojaly genocide is ensured, said Russian political analyst Oleg Kuznetsov.

He made the remarks addressing a conference, entitled “The Nagorno-Karabakh conflict, its core, peacemaking and the role of civil society”, which was held in Baku March 14.

Kuznetsov said he initiated a petition on March 6 for the recognition by the Russian government of the [Khojaly genocide] which, according to the political analyst, is an act of terrorism and a crime against humanity.

He noted that the petition is addressed to the State Duma deputies and the Federation Council.

“The adoption of the petition is not within my competence. However, I think that it was necessary to initiate this petition in connection with such a brutal crime committed in the late 20th century,” said the political analyst.

“The crimes committed in Khojaly are today committed in Syria and Iraq. Thus, it will be impossible to prevent crimes against humanity until global recognition of the Khojaly genocide is ensured,” said Kuznetsov, calling on all humanity to support this petition.

“All people supporting the eradication of terrorism must support this petition,” he added.

On February 25-26, 1992, Armenia’s armed forces, together with the 366th infantry regiment of Soviet troops, stationed in Khankendi, committed an act of genocide against the population of the Azerbaijani town of Khojaly.

As many as 613 people, including 63 children, 106 women and 70 old people were killed as a result of the massacre. A total of 1,000 civilians became disabled in the onslaught. Eight families were completely annihilated, 130 children lost one parent, while 25 lost both parents. Some 1,275 innocent residents were taken hostage, while the fate of 150 people (68 women, 26 children) still remains unknown.