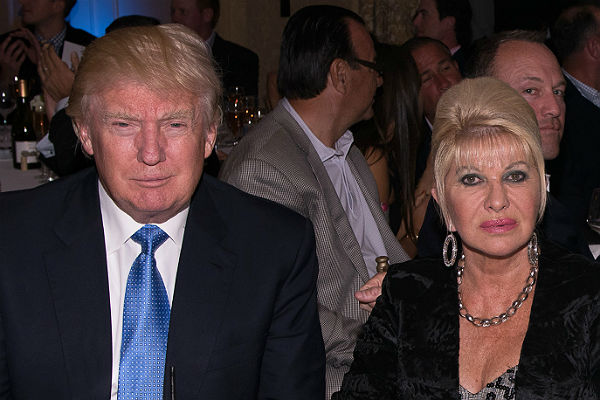 Ivana Trump is set to publish a book on her “life lessons” from raising her children Ivanka Trump, Eric Trump and Donald Trump Jr with her ex-husband, President Donald Trump.

Titled Raising Trump, the “non-political” memoir will be published by Gallery Books, part of Simon & Schuster, on September 12, the Associated Press reported on Wednesday, March 15. It will cover the former model’s childhood in Czechoslovakia, her escape to the West and her marriage to the real estate mogul.

“As her former husband takes his place as the 45th president of the United States, his children have also been thrust into the media spotlight — but it is Ivana who raised them and proudly instilled in them what she believes to be the most important life lessons: loyalty, honesty, integrity and drive,” said a statement from Gallery Books on Wednesday.

Ivana, Donald’s first wife, divorced the Apprentice star in 1992 amid his high-profile affair with Marla Maples, who went on to become his second wife (they share daughter Tiffany Trump.) The controversial Republican is now married to First Lady Melania Trump, mom to son Barron,10.

In the statement, Ivana said she decided to write the book after receiving so many compliments on her adult children, who have all worked in their father’s Trump Organization and played a prominent role in his campaign.

The 68-year-old businesswoman described her parenting style as that of a“tough and loving mother” who she says taught her children “the value of the dollar, not to lie, cheat or steal” and to have “respect for others.”

The memoir will include personal recollections from Ivanka, Eric and Don Jr., who released a statement saying they were “excited” about the project and calling her an “amazing mom.”