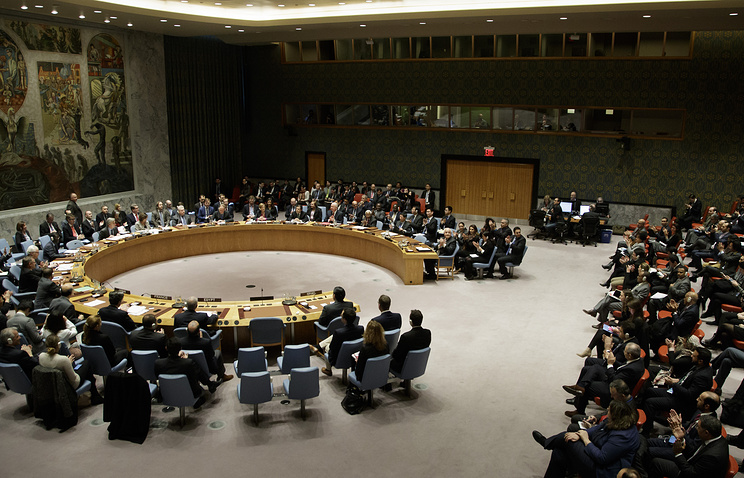 Russia and China have reiterated their suggestion that the United Nations Security Council adopt a resolution aimed at preventing poisonous substances from falling into the hands of terrorists active in Syria and Iraq. Russia’s Deputy Permanent Representative to the UN Vladimir Safronkov told reporters that a draft resolution had been put forward at a close-door meeting initiated by Moscow.

The draft resolution was reviewed in 2016 but the western members of the UN Security Council did not support it. According to Safronkov, the document has not lost its importance particularly in light of the recent media reports on chemical attacks carried out in the Mosul area by militants of the Islamic State terror group (outlawed by Russia). "We need to launch serious work based on facts. Experts say that chemical terrorism threat in the Middle East is real," the Russian diplomat added.

"In order to encourage members of the UN Security Council to make joint efforts aimed at preventing terrorists from using chemical weapons, Russia and China have put forward an updated draft resolution," Safronkov said. He added that the western counterparts’ response to the document submitted by Moscow and Beijing was rather balanced as they said would forward it to their governments for assessment. "We will see what will become of it," the Russian deputy permanent representative added.