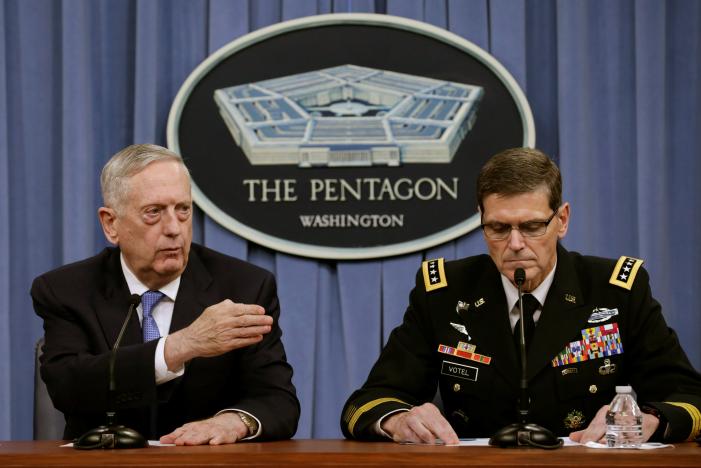 US Defense Secretary Jim Mattis said on Tuesday that the United States' military policy in Syria had not changed and remains focused on defeating Islamic State militants even after the United States launched 59 cruise missiles at a Syrian airfield last week.

Axar.az reports that "The goal right now in Syria, and the military campaign is focused on accomplishing that, is breaking ISIS, destroying ISIS in Syria," Mattis said at a Pentagon press briefing, using an acronym for Islamic State.

He added that there was no doubt that the Syrian government was responsible for a poison gas attack and it had used chemical weapons several times in the past.