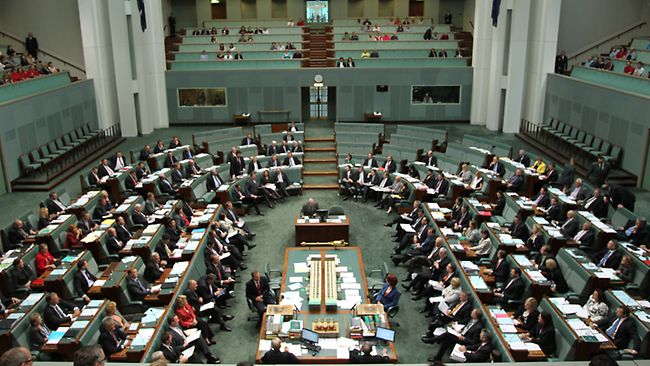 An Australian senator made political history on Tuesday by becoming the first woman to breast-feed a baby in the country's federal parliament.

Larissa Waters, the co-deputy leader of Australia's Green party, breast-fed her daughter, Alia, in the senate chamber during a vote, according to Sky News. Waters just returned to parliament for the first time after giving birth to Alia, her second daughter, earlier this year.

Waters shared a photo of the historic moment on Twitter, which has received hundreds of retweets and responses.

"So proud that my daughter Alia is the first baby to be breastfed in the federal Parliament! We need more #women parents in Parli," Waters wrote on Twitter.

The senator added to her message on Facebook, calling for "more family-friendly and flexible workplaces, and affordable childcare, for everyone."

Last year, Waters pushed for changes in the Australian Senate to allow new mothers and fathers to take care of their newborns in parliament, Sky News reported. Children were banned from the chamber under previous rules.

The Senate and House of Representative both adapted the new rules, making it a "family friendly" parliament in Australia.