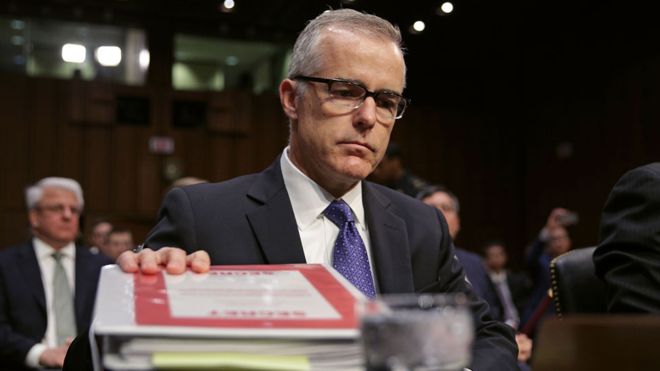 The FBI investigation into alleged links between Russia and the Donald Trump election team will carry on unimpeded by the sacking of its head, James Comey, his successor has said.

Axar.az reports citing to BBC The firing has sparked a storm of criticism but Acting Director Andrew McCabe told a Senate committee it had not affected the work of the FBI.

And he vowed to speak up if there were any political interference in future.
Critics accuse Mr Trump of firing Mr Comey for leading the Russia inquiry.

There are reports the ex-FBI boss had asked for more resources to conduct the probe and Democrats in the US Senate have formally requested details from the Justice Department on any additional funding he requested.