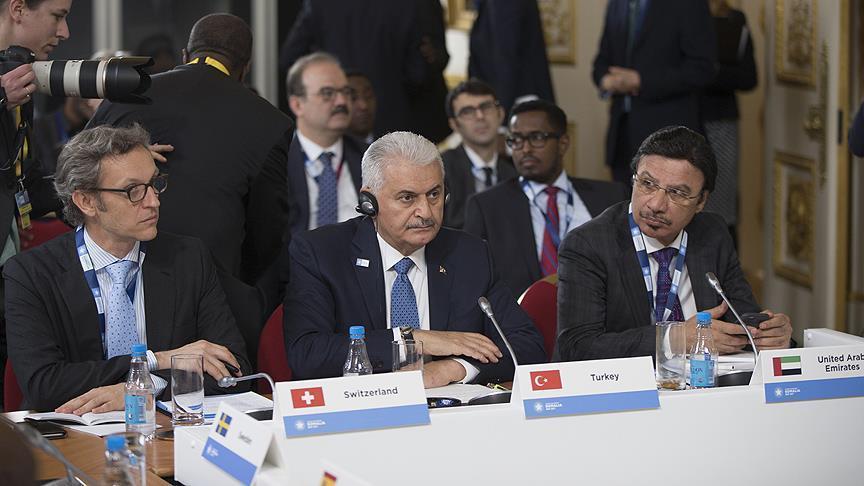 Turkish Prime Minister Binali Yildirim continued his contacts in London on his second day of a U.K. visit.

Axar.az reports citing to Anadolu Agency Yildirim visited the International Maritime Organization (IMO) Thursday and received information about the activities of the UN agency responsible for the safety and security of shipping and the prevention of marine pollution by ships.

IMO Secretary-General Kitack Lim briefed the prime minister about the agency’s work in a private meeting.

Yildirim arrived in London on Wednesday and met the representatives of U.K.’s Turkish community before attending a major conference on Somalia organized by the UN.

The Turkish premier will attend a dinner organized in his honor by Turkey’s ambassador to London, Abdurrahman Bilgic Thursday evening and he will meet representatives of British press Friday morning.