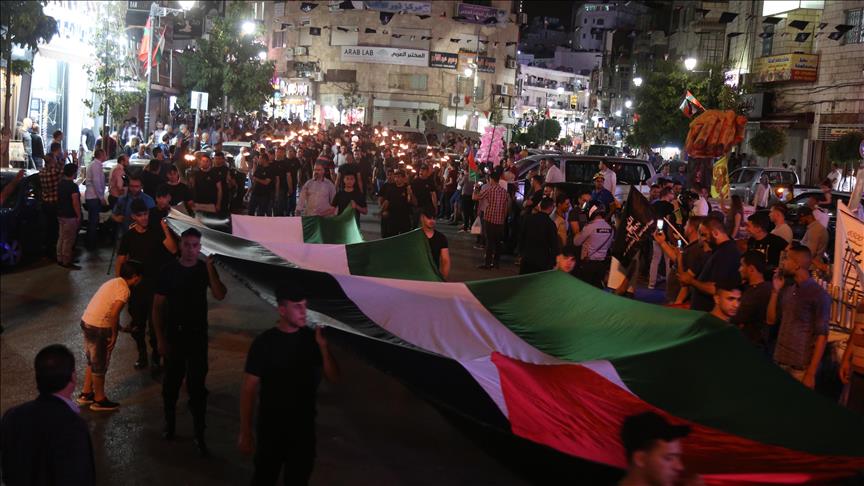 Chief Palestinian negotiator Saeb Erekat has demanded Israel apologize for the expulsion of around 700,000 Palestinians from their homes in 1948, as Palestinians mark Nakba Day on Monday.

"Our nation marking 69 years of the Nakba, our national catastrophe, is symbolized in our exile and the systematic denial of our rights," said Erekat in a statement.

"In order to achieve a just and lasting peace between Israel and Palestine, it is important that Israel recognizes the Nakba and apologizes for it."

Erekat also called on Britain to apologize for the Balfour declaration, which in 1917 pledged a Jewish homeland in then-British controlled Palestine.

Palestinians annually commemorate the Nakba, which forced most of those expelled into refugee camps that still exist in the West Bank, Gaza, Jordan, Syria and Lebanon.

"We call upon the Israeli government to open all its 1948 archives and show their own nation the truth of what was done to our people, including its ethnic cleansing policies and the policy of shooting to kill Palestinians that attempted to return home," said Erekat.