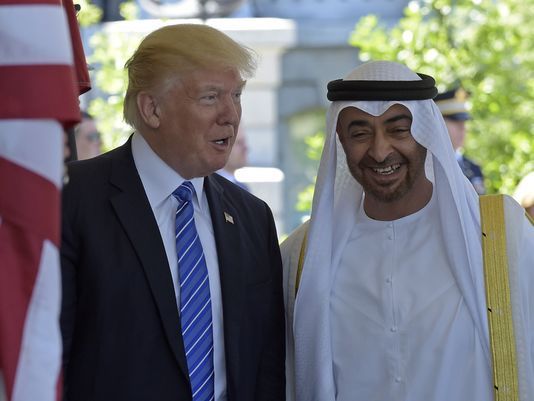 President Donald Trump met with the crown prince of Abu Dhabi at the White House.

Sitting alongside one another in the Oval Office, Trump called Sheikh Mohammed a "very special person" who loves his country and loves the U.S.

The two leaders are expected to discuss the civil war in Syria, Iran and other topics.