Snowden calls on Trump to drop case against Assange 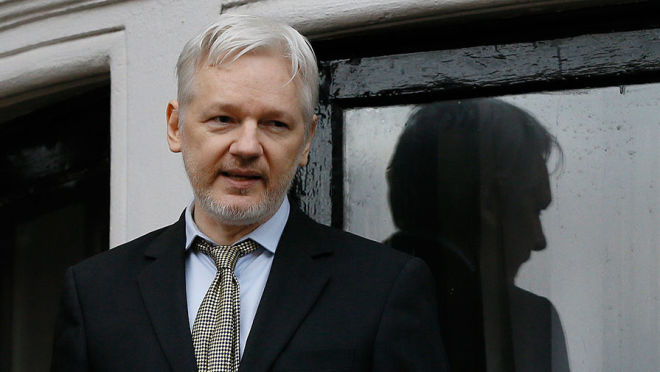 National Security Agency whistleblower Edward Snowden and over 600 other people urged President Donald Trump on Monday to drop an investigation and any planned charges against WikiLeaks founder Julian Assange.

In an open letter published Monday, Snowden and several hundred activists, government workers, and lawyers said prosecuting Wikileaks and any members is a "threat to all free journalism".

"If the DOJ (Department of Justice) is able to convict a publisher for its journalistic work, all free journalism can be criminalized," the letter read.

Despite Trump declaring on his campaign trail last year that he was a fan of WikiLeaks – the organization that leaked Hillary Clinton's emails – other members of his administration have targeted Assange.

U.S. Attorney General Jeff Sessions said last months that arresting Assange is a "priority". The WikiLeaks founder is currently at the Ecuadorian embassy in London.

"We are going to step up our effort and already are stepping up our efforts on all leaks. This is a matter that's gone beyond anything I'm aware of. We have professionals that have been in the security business of the United States for many years that are shocked by the number of leaks and some of them are quite serious," Sessions said.

Among the other notable names on the open letter are Yanis Varoufakis, former finance minister of Greece, fashion designer Vivienne Westwood, and filmmaker Oliver Stone.

"We call on you as President of the United States to close the Grand Jury investigation into WikiLeaks and drop any charges planned against any member of WikiLeaks," the letter said.

"It was a free and robust press that provided you with a platform on which to run for president. Defending a truly free press requires freedom from fear and favor and the support of journalists and citizens everywhere; for the kind of threat now facing WikiLeaks — and all publishers and journalists — is a step into the darkness."

Assange has also faced sexual assault allegations from the Swedish government that dates back to 2010. He has denied them and said they were politically motivated allegations. On Sunday, Ecuador said there has been a "serious lack of progress" over the investigation into Assange.

Leaking of classified data is back in the spotlight following two incidents this week. Firstly, the massive cyberattack known as WannaCry that hit 200,000 computers across 150 countries, was said to be made possible because of a security flaw discovered in Microsoft's Windows operating system and stolen by the cybercriminals.

And the Washington Post reported on Monday that Trump had revealed highly classified information to Russian government members.