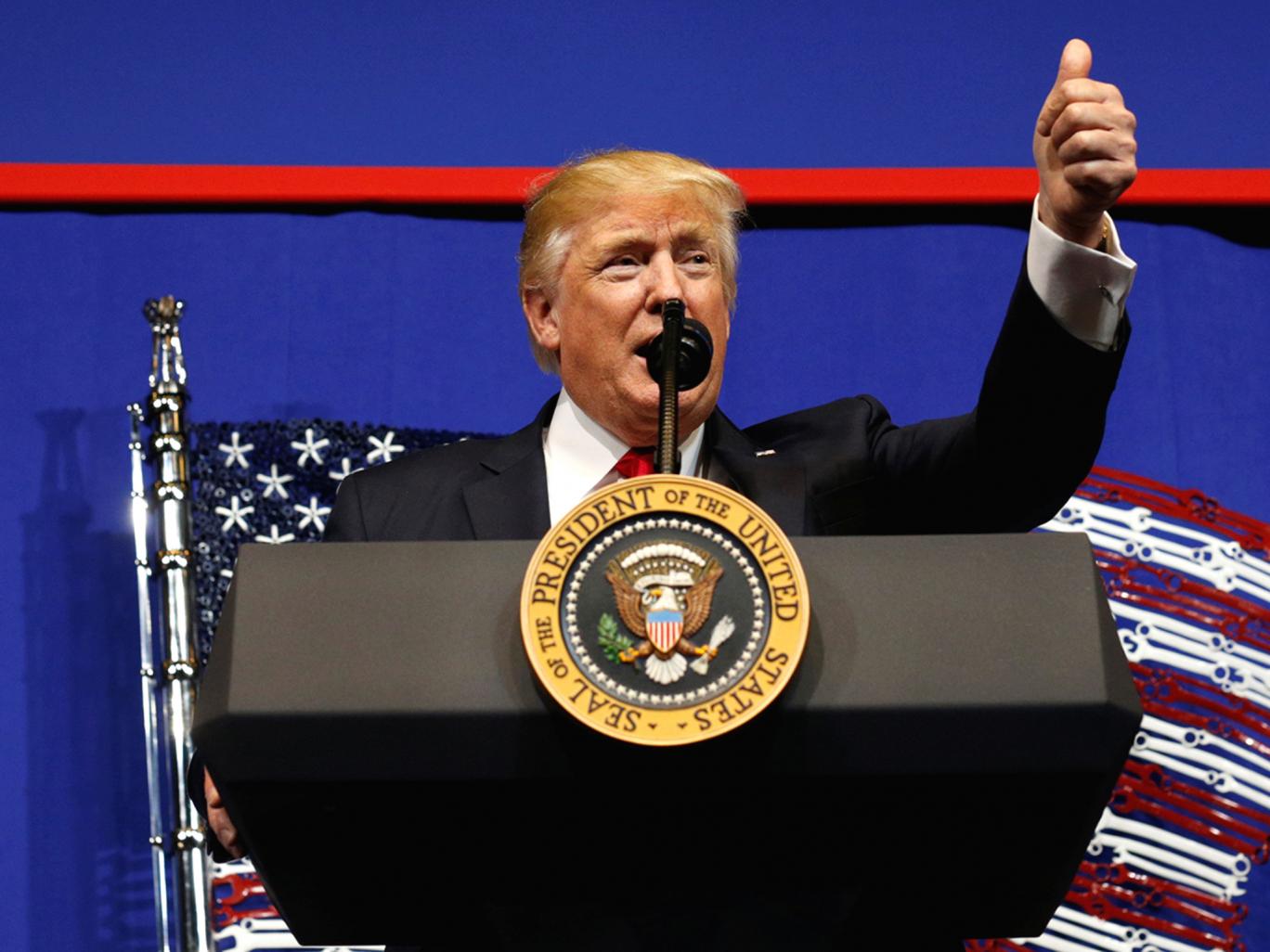 Mr Gergen, who served as an adviser for four US Presidents including Richard Nixon and Bill Clinton, said it appears Mr Trump was intentionally attempting to influence the course of the FBI probe.

Speaking on CNN, Mr Gergen said: “I was in the Nixon administration and I thought after watching the Clinton impeachment that I’d never see another one, but I think we’re in impeachment territory now.

He added: “I cannot tell you if it meets all the legal definitions but from a lay point of view, it looks like he was trying to impede the investigation.

“He was using his power to do that and when James Comey didn’t go along with him… he fired him, which I think is also relevant to the question of what he was trying to do.

“This is of enormous consequence for his presidency - if you look at the three bombshells we’ve had: the Comey firing last week, then the sharing of this highly classified information with the Russians of all people, and now telling Comey to drop the case - what we see is a presidency that’s starting to come apart.”

The US President allegedly told Mr Comey, “I hope you can let this go”, according to two sources who spoke to the New York Times.

An associate of Mr Comey, who has seen the memo, reportedly said that the details of the document were accurate.