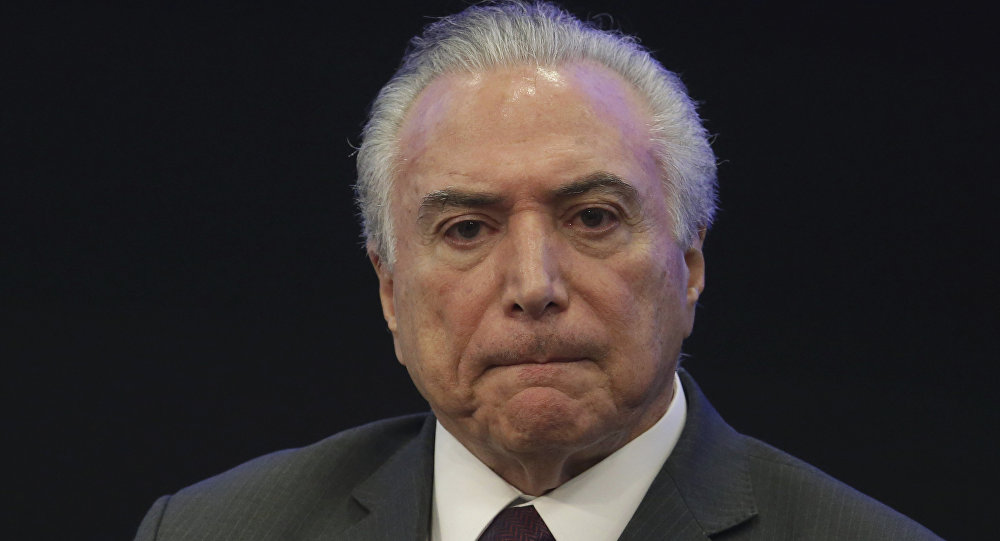 The left-wing party cited in its statement the gravity of accusations levelled against the Brazilian leader, saying Socialist culture minister Roberto Freire handed over his resignation earlier in the day. Media reported that Jungmann, another Socialist cabinet minister, would also leave.

"Defense Minister Raul Jungmann, also a member of the party, will stay in his role due to its relevance to security of the Brazilian state at a time of crisis and uncertainty," the PPS said.

The Brazilian Defense Ministry confirmed Jungmann’s decision to keep the job and continue to exercise his responsibilities at the helm of the national armed forces.

President Temer is suspected of having endorsed payments to hush up a witness in a probe into the nation’s state oil company Petrobras. Temer denied any wrongdoing shortly after the damning report appeared in Brazil's newspaper O Globo, and said he would not stand down.