The difference between Trump and Obama in two pictures 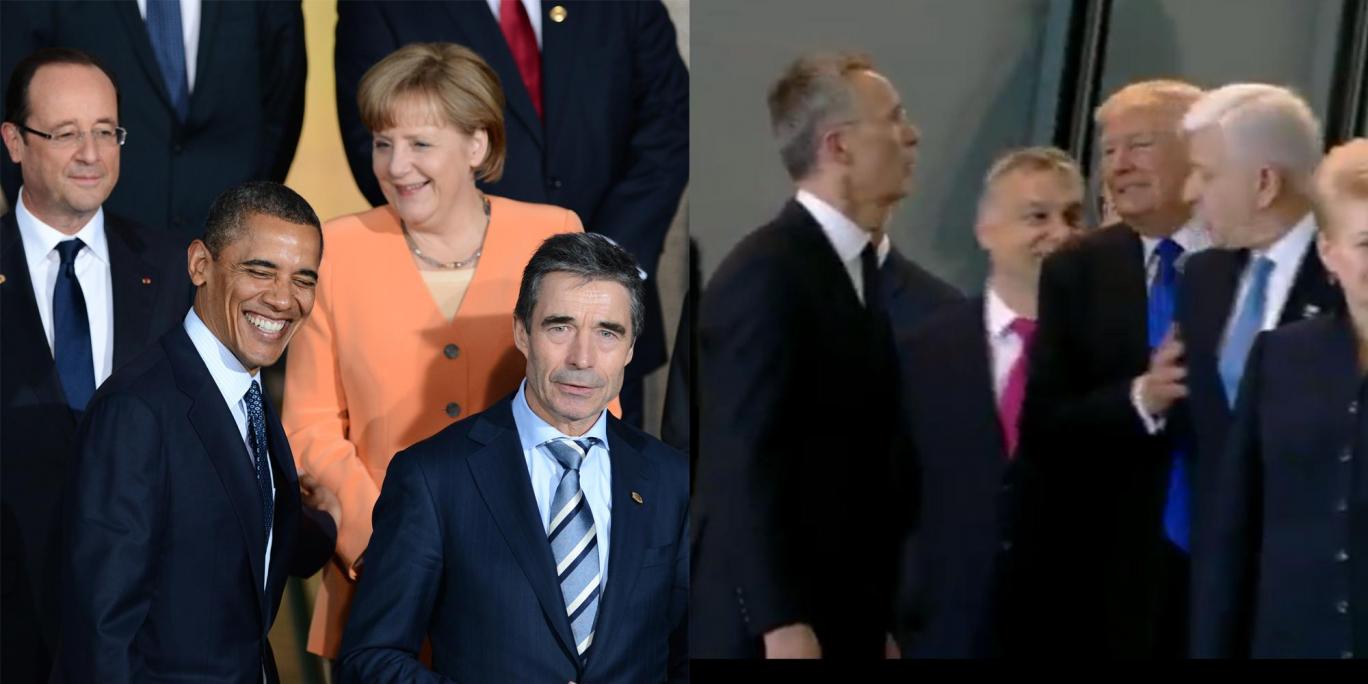 This week, Donald Trump travelled to Brussels for a meeting of the Nato leaders. It's being closely watched as part of his first foreign trip as President.

As is tradition from when the leaders of the Nato countries meet, they posed for a photo. And er, Trump appeared to shove the Prime Minster of Montenegro out the way to get to the front of the pack.

For comparison, here's a picture of Trump at the photo line. And here's a picture of Barack Obama posing with the other NATO leaders in 2012.