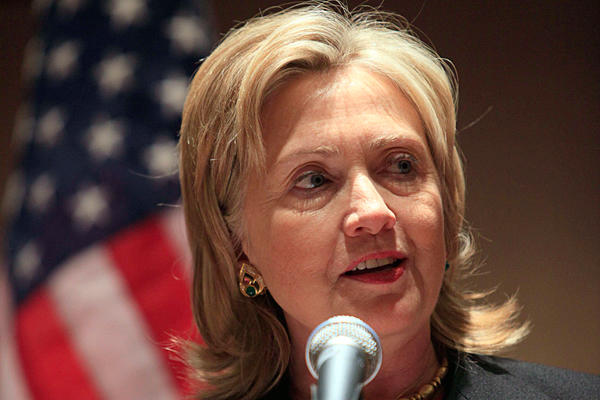 The hackers who might have obtained deleted emails of then-Democratic nominee Hillary Clinton, allegedly looked for an intermediary to transmit the emails to former US President Donald Trump’s National Security Adviser Michael Flynn during the US presidential campaign last year, media reported.

According to The Wall Street Journal's Thursday report, the intermediary might have been Republican party member Peter Smith, who launched an investigation in 2016 to find Clinton's deleted emails and who reportedly had contacts with Flynn.
In 2014, when asked to turn over her emails for the investigation into the 2012 Benghazi attack on the US embassy, Clinton submitted about 30,000 emails and deleted the rest of them, claiming they were personal. She had also repeatedly stated that there were no classified emails on her server, a claim which the FBI investigation later proved to be untrue.

During the election campaign, a hack into the Democratic National Committee's network led to a mass leak of controversial, private emails about Clinton and her presidential campaign.

The WSJ reported citing a person familiar with the situation that in conversations with members of his circle, Smith implied that he was working with Flynn. Moreover, emails written by Smith and one of his associates showed that Flynn and his consulting company were considered allies of Smith's team in searching for Clinton's emails, though their role in the project remained unclear.

The newspaper added, citing US officials with knowledge of intelligence, that the operation described by Smith was consistent with the information examined by US investigators probing Russian interference in the elections. The investigators reportedly described Russian hackers discussing how to obtain emails from Clinton’s server and then transmit them to Flynn via an intermediary, who could have been Smith.

In the interview with the WSJ in May, Smith said he had found five groups of hackers who claimed to possess Clinton’s deleted emails. This included two groups which he determined were connected to Russian government.

The White House and Flynn have provided no comments on this information to the media outlet.

Flynn resigned as National Security Adviser in February after it was revealed that he did not fully disclose the contents of his communications with Russian Ambassador to the United States Sergey Kislyak to US Vice President Mike Pence and other White House officials.

Russian officials have repeatedly denied charges of interfering in the US elections, saying the allegations are groundless and represent an attempt to divert the US public’s attention from other domestic issues.