The Minister of Defense spoke at the NATO meeting 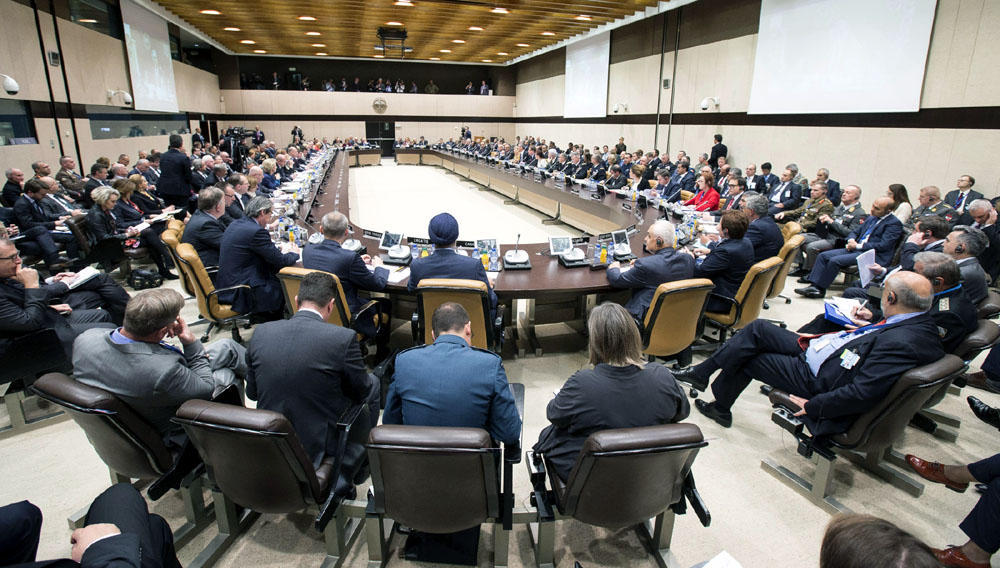 The Minister of Defense of the Republic of Azerbaijan, Colonel General Zakir Hasanov attended the meeting at the level of defense ministers of the Nations contributing to the NATO Resolute Support Mission in Afghanistan held in Brussels on November 9.

Axar.az reports citing Ministry of Defence of Azerbaijan that during the meeting, issues of security in Afghanistan, the future of the NATO Resolute Support Mission, the development of the Afghan Defense and Security Forces were discussed.
Speaking at the meeting, Colonel General Z. Hasanov, noted the contribution of our country to the mission of supporting international peacekeeping operations in Afghanistan, and highlighted the implementation of various programs in educational, infrastructure, transport, investment and other fields with the aim of support to Afghanistan.

In his speech, the Minister of Defense brought to the attention of the meeting participants that Azerbaijan, as a reliable partner of the Alliance, will continue its contribution to the security of Afghanistan beyond 2017.
Especially noting the historic importance in the great geopolitical space of the Baku-Tbilisi-Kars railway, which was officially inaugurated last week, the Defense Minister has also stressed that this project has become an important part of the transport map of Europe and Asia, and creates great opportunities to provide the needs of the Resolute Support Mission.