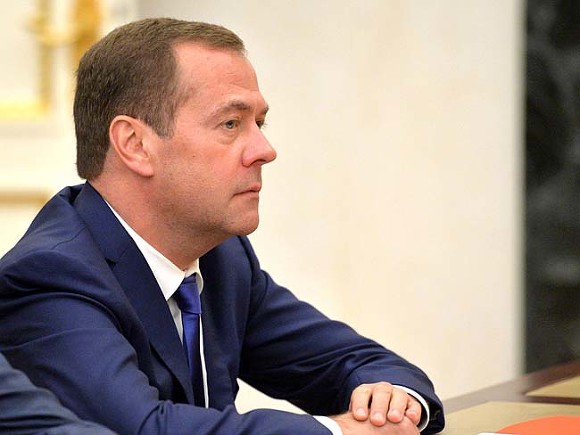 Russian Prime Minister Dmitry Medvedev is going attend the 12th East Asia Summit in Manila on the final day of his three-day visit to the Philippines. The summit will traditionally take place at the venue of the summit of the Association of Southeast Asian Nations (ASEAN).

Axar.az reports citing TASS that, the Prime Minister arrived in Manila on November 12. On the same day, a gala dinner was held on the occasion of the 50th anniversary of ASEAN. On Monday, November 13, Medvedev took part in the session of the Business and Investment Summit on the ASEAN site, and also held talks with President of the Philippines Rodrigo Duterte.

An employee of the Russian Government told reporters earlier, during the discussion at the East Asia Summit on Tuesday the parties will exchange views on current international and regional problems. "Russia joins the event with an initiative in the field of combating terrorism and the spread of terrorist ideology," the official said.

According to the official, Moscow also considers it important to further advance the consultations initiated on its initiative on the formation of a regional security architecture. It is noted that the next meeting of experts from the East Asia Summit countries on this topic is scheduled for November 2017.

The East Asian Summit was established in 2005 as a platform for dialogue between the leaders of the countries of the Asia-Pacific region on strategic issues of its development. Currently, the East Asia Summit unites ten ASEAN countries (Brunei, Vietnam, Indonesia, Cambodia, Laos, Malaysia, Myanmar, Singapore, Thailand and the Philippines), as well as Russia (joined the forum in 2010), Australia, India, China, New Zealand, South Korea, Japan and the United States, with delegation headed by President Donald Trump.