Russia makes all efforts to ensure security at World Cup 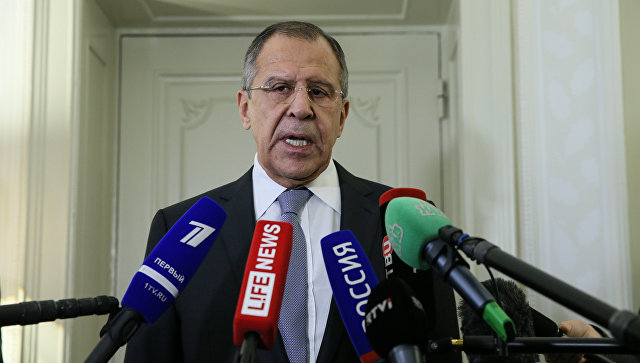 Russia is taking all steps on ensuring security at the 2018 FIFA World Cup both in preventing terror attacks and the acts of hooliganism, Russian Foreign Minister Sergey Lavrov said in an interview with Mexico’s Excelsior daily on Friday.

"Our ultimate priority is to ensure the maximum convenient and safe stay of players and fans in Russia," Lavrov said. "Russia’s law enforcement agencies are taking all the necessary steps in this direction."

In particular, an operation headquarters has been set up that coordinates the efforts of respective security agencies to prevent the acts of terrorism. Serious attention is also paid to the problem of football hooligans, Lavrov noted.

"To minimize the risks, we have established close cooperation with foreign partners, including in the framework of the Council of Europe's convention, which is open for all states, on a single approach to security, protection and servicing during all sports events, in particular, football matches, he said.

National football information points envisaged by the convention have access to the closed Internet portal providing information on the violators of public order among the fans, the risk groups and other important information.

The Russian top diplomat expressed confidence that the upcoming World Cup will give many unforgettable impressions to the guests and invited Mexican football admirers to come to Russia and support their team.

The final draw for the 2018 World Cup will be held on December 1.