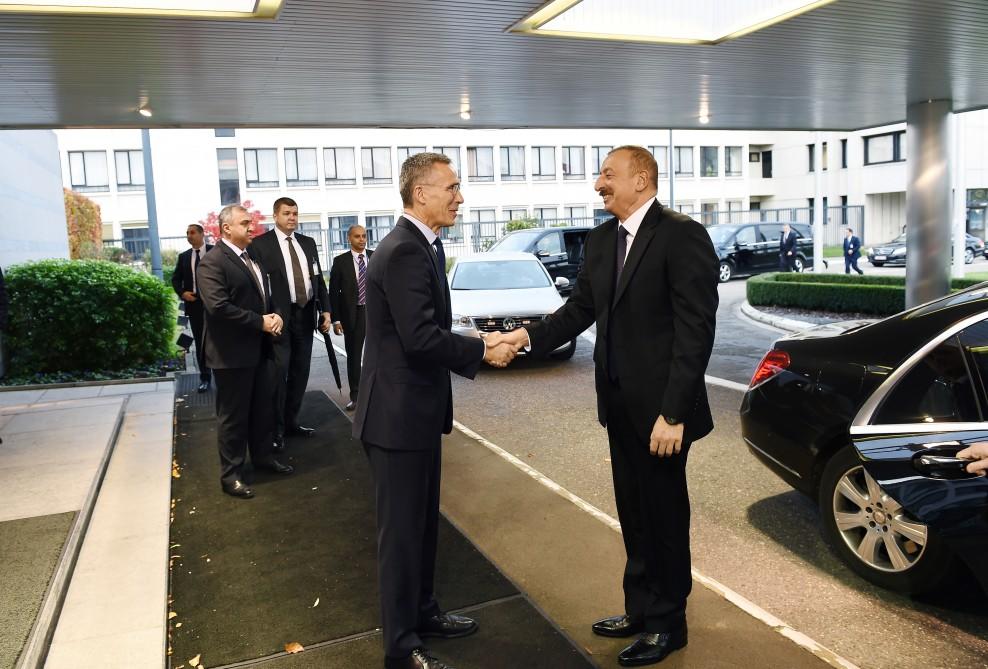 As part of his working visit to the Kingdom of Belgium, President of the Republic of Azerbaijan Ilham Aliyev has arrived at the NATO headquarters at the invitation of the Alliance's Secretary General Jens Stoltenberg.

He emphasized that Azerbaijan's plans to expand its aid to Afghanistan may contribute to the economic development of this country.

President Ilham Aliyev expressed his satisfaction with the expansion of relations with NATO, stressing that Azerbaijan is actively involved in peacekeeping operations in Afghanistan and rebuilding this country’s economy.

The sides expressed satisfaction with NATO's support to demining operations in the territory of Jeyranchel. The importance of Azerbaijan as a transit country in terms of cargo transportation to Afghanistan was emphasized at the meeting.

The sides further exchanged views on the Armenian-Azerbaijan Nagorno-Karabakh conflict, and discussed the current state of peace talks.