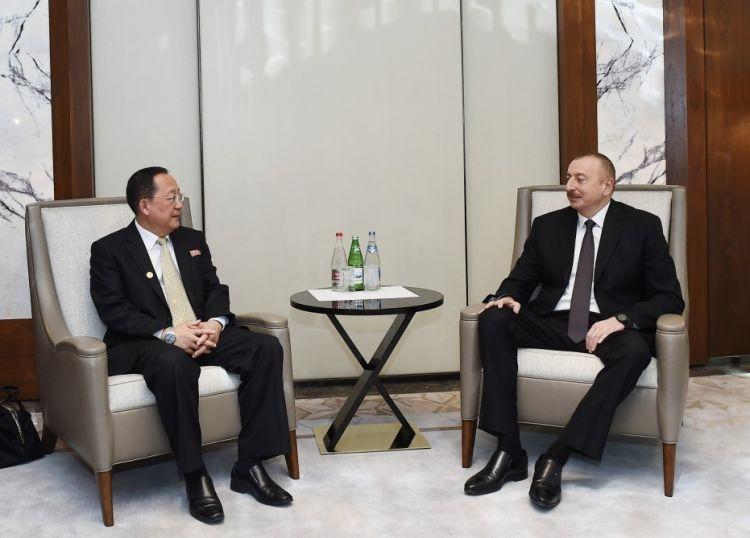 President of the Republic of Azerbaijan Ilham Aliyev has today received Minister of Foreign Affairs of the Democratic People’s Republic of Korea Ri Yong Ho.

Axar.az informs that the Azerbaijani president underlined the importance of the high level representation of North Korea at the ministerial conference of the Non-Aligned Movement in Baku.

The head of state emphasized that Azerbaijan attaches great importance to the NAM ministerial conference. He said that Azerbaijan will chair NAM from next year and will spare no efforts to strengthen solidarity within the organization.

Minister Ri Yong Ho expressed his gratitude to President Ilham Aliyev for meeting with their delegation and congratulated Azerbaijan on hosting NAM’s next summit and assuming the chairmanship of the organization.

He underlined that Azerbaijan's election as chair of the NAM is indicative of the confidence in Azerbaijan of the member states and proof of Azerbaijan's high reputation in the international arena.