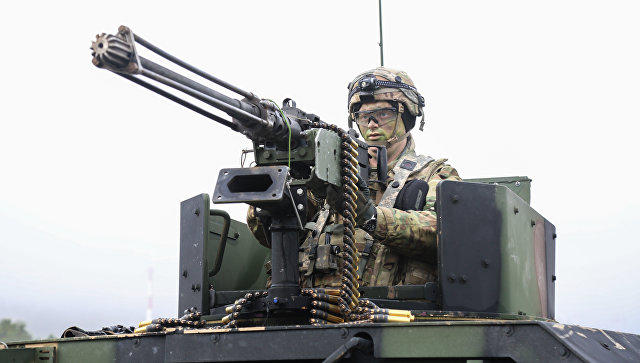 Russia is apprehensive about NATO’s increasing muscle-flexing close to its borders. Such a move s fraught with a dangerous flare-up of tensions between former Cold War foes.

NATO plans to set up a 30,000-strong reserve force, plus hundreds of fighter aircraft and ships ready for rapid deployment in the event of an imaginary attack by Russia, Die Welt has reported, citing diplomatic sources in Brussels.

According to the newspaper, the reserve force will be added to the already 20,000-strong NATO Response Force in Europe, which can be deployed within 30 days.

The US is reportedly behind the idea for the reserve force with Germany assigned a leading role in the new combat formation.
NATO defense ministers are expected to discuss the plan when they meet in Brussels sometime next week. According to Die Welt, NATO also wants to improve its “combat mobility” to be able to quickly move tanks and other heavy weapons to potential trouble spots.

This would require better infrastructure and a removal of administrative barriers and facilitate the process of political decision-making.