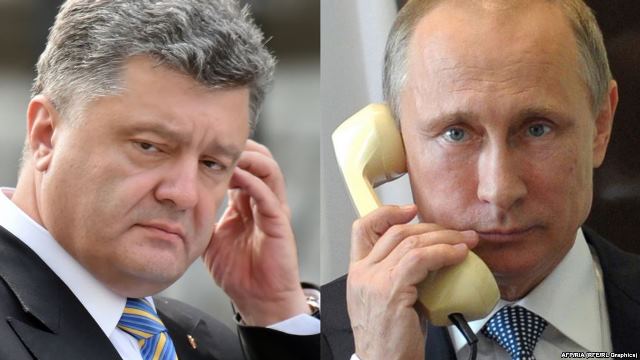 President of Ukraine Petro Poroshenko has held a telephone conversation with President of the Russian Federation Vladimir Putin, during which he called for the release of Ukrainian political prisoners.

Axar.az informs this is reported by the press service of the head of state.

"The head of the Ukrainian state called for the release of Ukrainian hostages held in Russian prisons and in occupied territories. He also stressed the importance of access of Ukrainian Human Rights Commissioner Liudmyla Denisova to Oleg Sentsov and other prisoners of Ukrainians," the report reads.