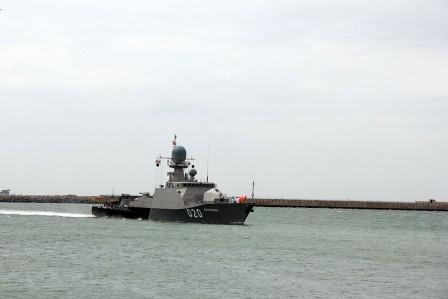 A detachment of the Russian Pacific Fleet entered the eastern Indian port city of Visakhapatnam on Sunday to participate in the joint Russian-Indian military drills Indra Navy 2018, the fleet's press service said.

According to the press service, the detachment comprises the Varyag missile cruiser, the Admiral Panteleyev destroyer and the Boris Butoma tanker.

"Today [December 9], a detachment of ships of the [Russian] Pacific Fleet… entered the Indian port of Vishakhapatnam in the state of Andhra Pradesh… In order to further strengthen military cooperation between the Russian Navy and the Indian Navy, the planned joint Russian-Indian naval exercise Indra Navy 2018 will be held during the visit," the press service said in a statement.

Later in the day, the detachment command would pay visits to local military and civilian authorities, the press service added.

The naval drills will be focused on the two countries' cooperation aimed at ensuring safety of navigation and economic activities at sea.

The detachment is expected to leave Visakhapatnam on December 16.