Macron, Merkel should better straighten things out at home 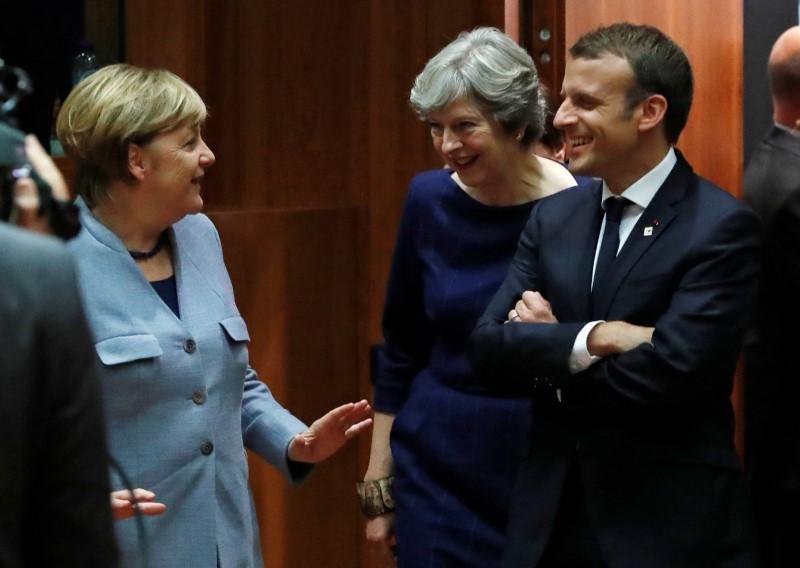 Speaker of Russia’s State Duma lower parliament house Vyacheslav Volodin has suggested the French and German leaders would better get things straightened out in their own countries before criticizing the human rights situation in Crimea.

Earlier on Friday, German Chancellor Angela Merkel and French President Emmanuel Macron once again demanded free passage via the Kerch Strait be granted and Ukrainian sailors be released. In a joint statement, the two leaders expressed concern over the use of military force in the Kerch Strait.

Meanwhile, the Russian lower house speaker noted that Merkel and Macron "should better get things straightened out in their own countries before issuing such comments in respect of other nations." "Unlike France and Germany, Russia never uses water cannons, tear gas or rubber pellets to disperse protesters," the Duma press service quoted him as saying. "They’d better take this into account first."

"They should have expressed their concern over the human rights situation in Crimea before the 2014 referendum when the Ukrainian authorities banned teaching of children in their native language," Volodin stressed. "Today, such a right is guaranteed in Crimea. Three languages - Russia, Ukrainian and Crimean Tatar - enjoy the status of a state language. Nothing of the kind was done over the 23 years of Crimea’s being part of Ukraine."