Azerishig can top up new SMART cards at MilliON terminals 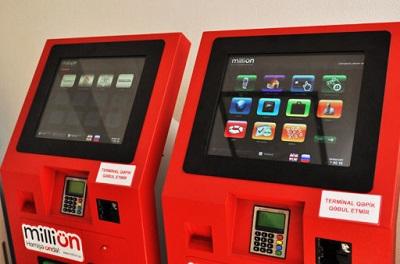 Additional slots have been installed on the terminals for SMART cards, the company said.

"In the near future, the slots will be marked with special stickers, which will indicate that they are designed to top up the new SMART cards. Terminals with this option are currently available in those places where new electricity meters were installed, namely in Baku, Ganja and Lankaran," the company said.

Currently, the total number of MilliON terminals reaches 3,000. The terminals are designed for paying for utility bills, fixed and mobile telephony services, the internet, cable television, payments on bank loans etc. They are installed in public places, such as business centers, waiting rooms of railway stations and airports, shopping centers and supermarkets.