EU calls for end to Palestinian rocket attack on Israel 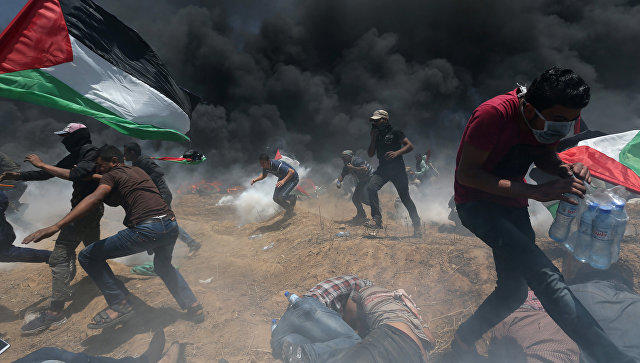 EU foreign policy chief on Sunday called for an immediate end to Palestine’s rocket attacks on Israel, and reiterated the Union’s support to Israel.

“Indiscriminate rocket attacks from Palestinian militants in Gaza must stop immediately. The European Union reiterates its fundamental commitment to the security of Israel,” Federica Mogherini said in a written statement.

“These attacks provoke unspeakable suffering to the Israelis and serve only the cause of endless violence and of an endless conflict,” Mogherini added.

The statement came after Israeli attacks since Saturday martyred at least 23 Palestinians, including a pregnant woman and her infant child, and left more than 100 others wounded.

“A new escalation risks also to reverse the work to relieve the suffering of the people in Gaza who are already paying a high price with many victims that we mourn,” Mogherini said and added: “And it puts in further danger the prospects for long-term solutions, which will require the return of the Palestinian Authority to Gaza, credible security guarantees for Israel and a lifting of restrictions of access and movement.

“The European Union reiterates its full support to the push of Egypt and the United Nations to reduce tensions in Gaza and expect the parties to work with them to restore calm,” Mogherini said, calling for international community “to bring relief to all those suffering from this conflict and cooperating with those who serve the cause of peace”.

The escalation in the Gaza Strip started when four Palestinians were martyred, including a teenager, and 51 wounded on Friday in Israeli army attacks on Hamas-affiliated sites and a separate attack on a rally against the decade-long occupation and siege of the Gaza Strip.

The Israeli assaults were met by Palestinian resistance factions launching 600 rockets towards Israeli settlements, killing three people, according to Israel.

Since Saturday, Israeli attacks on the Gaza Strip have targeted at least 200 civilian sites including seven residential buildings.

On Saturday, a building where Anadolu Agency’s office in Gaza was located was razed by Israeli warplanes.

No deaths or injuries were reported in the attack.