Lavrov, Pompeo to be guided by economic interests in dialogue 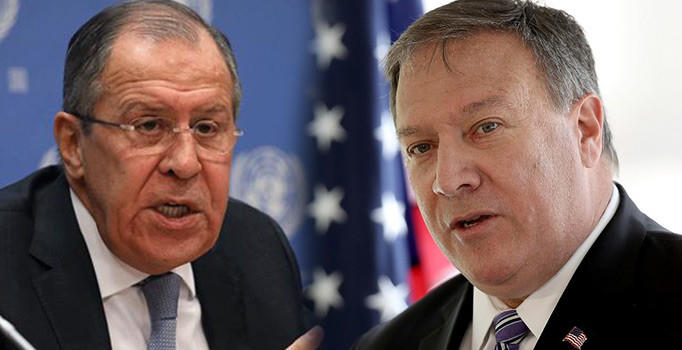 Both Moscow and Washington have their own economic and geopolitical interests in Latin America and they will be guided by them while discussing ways of settling the crisis in Venezuela, including during the upcoming talks between Russian Foreign Minister Sergey Lavrov and US Secretary of State Michael Pompeo in Sochi, Andres Serbin, an expert of the Valdai International Discussion Club, told TASS on Sunday.

Thus, he recalled that the United States has announced its return to the Monroe Doctrine and doesn’t want to see foreign forces in Latin America whereas Russia sees Venezuela as an important geostrategic stronghold. According to the expert, both sides agree that a possible military intervention in Venezuela should be avoided and most of the Latin American countries share this stance. "But a compromise is needed in what concerns the issue of political transition in the country," he noted.

"The [US President Donald] Trump administration cannot lose its face and let [Venezuelan President Nicolas] Maduro stay in power. The question is which concessions Washington is ready to make," Serbin said. "To guarantee that all Venezuela’s debts and investments will be paid off, to relax the Western sanctions over the crisis in Ukraine, to make concessions to Iran in exchange of political transition and withdrawal of a small Russian military contingent from Venezuela? And what is Moscow ready to discuss in exchange of American proposals?"

So, in his words, values and principles apart, the sides will be focused on their economic and geopolitical interests during their talks. "Good news is that dialogue between Moscow and Washington on Venezuela seems to have been resumed," he said, adding that along with Moscow and Washington there are other forces that will want to have their say in the talks that will follow the Sochi meeting. Among such forces he cited the Maduro government and the opposition, Venezuela’s military, Colombian guerrillas, organized crime networks, as well as Cuba, the Lima Group and Caribbean countries, the European Union, China, and Vatican.

"However if Russia and the United States finally reach an agreement and neutralize each other in what concerns the Venezuelan crisis, the question is whether it could help the Venezuelan people to resolve the ongoing political and humanitarian crisis," he noted.