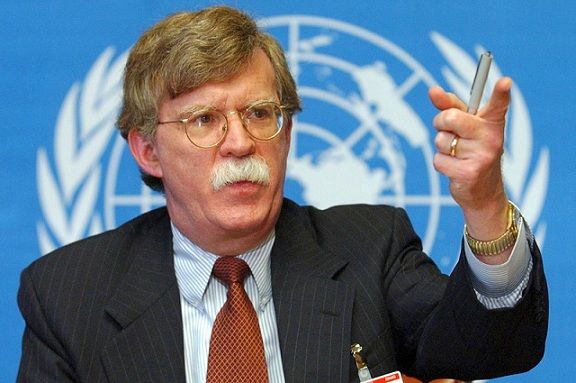 Tensions between Iran and the US have further escalated over the past few weeks since the US blacklisted the IRGC as a terrorist organization and introduced a new set of sanctions against Tehran. Iran, in turn, recognized the US CENTCOM as a terror group and announced it was scaling back on some of its commitments under the 2015 nuclear deal.

Axar.az reports citing foreign media that Iran’s Foreign Minister Mohammad Javad Zarif has tweeted a 2017 article by John Bolton that was published in the magazine National Review before he was appointed US National Security Advisor.

In the tweet, Zarif addressed US President Donald Trump, saying that Bolton, along with the so-called “B-Team”, has been planning to get Washington out of the 2015 Joint Comprehensive Plan of Action, also known as the Iran nuclear deal, even before joining Team Trump.

The tweet also alluded to recent reports alleging that the White House had given Swiss authorities a phone number which Iranian officials could use to reach POTUS, who earlier encouraged them to call him as relations hit a new low.