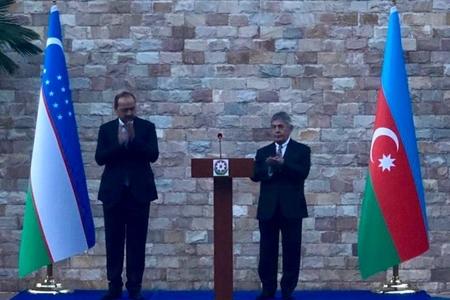 The Embassy of Azerbaijan in Uzbekistan organized a reception on the occasion of the 101st anniversary of the Azerbaijan Democratic Republic.

The event started with a performance of national anthems of Azerbaijan and Uzbekistan. Later, the event continued with the speech of the Ambassador of Azerbaijan to Uzbekistan, Huseyn Guliyev, about the creation of the Azerbaijan Democratic Republic and its place in the modern world.

Greater Huseyn Guliyev emphasized that Azerbaijan Democratic Republic, the first democratic republic in the East, opened a great opening for the Turkish and Eastern world: "Today Azerbaijan is one of the leading countries in the region, and our country, successfully implementing several transregional projects, is ambitious in more serious projects, Azerbaijan has pursued a policy of mutual friendship and kindness with the states, and the Karabakh issue remains our biggest challenge, and I hope that by overcoming the high development stage, Azerbaijan will be able to overcome all the problems. "

Later, the guests were given a banquet.