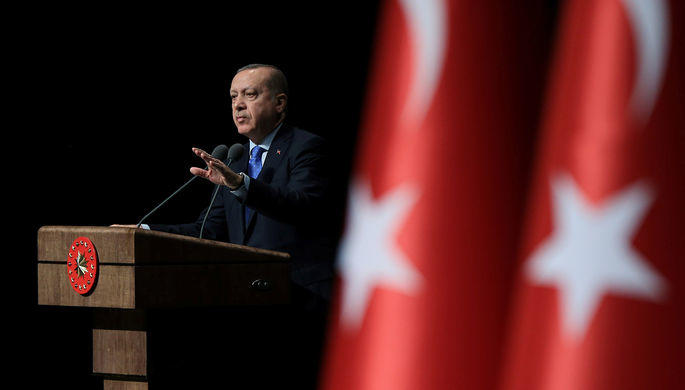 “I condemn the henious attack on our diplomats in Erbil. I wish God's mercy upon our diplomat who was martyred in the attack,” Recep Tayyip Erdogan said on Twitter.

Turkish Parliament Speaker Mustafa Sentop also said that Turkey would give the necessary response to the armed attack at a restaurant in Erbil that left a Turkish diplomat martyred.

“The necessary response to this malicious attack will be shortly given,” Sentop said in a Twitter post.

"I offer my condolence to our nation," he added.

Earlier, a Turkish diplomat, who was serving at Turkey's Consulate General in Erbil, was martyred in an armed attack at a restaurant.