Coronavirus will be seasonal - Russian scientist
﻿

Russian, Egyptian presidents to meet in Sochi in October 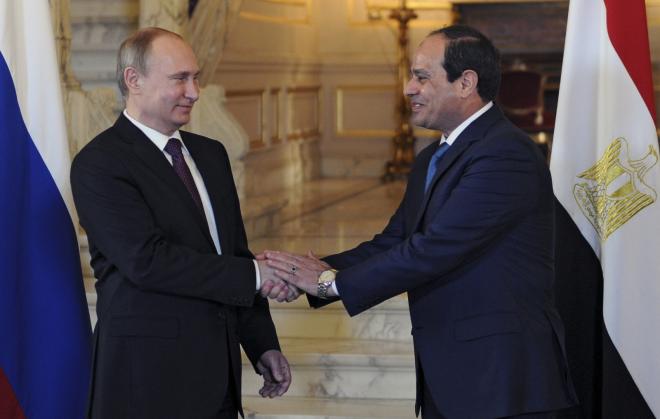 A meeting between Russian President Vladimir Putin and Egyptian President Abdel Fattah el-Sisi is planned for late October in Sochi when the Russia-Africa summit will be held, according to the Roscongress foundation, which is the summit’s organizer.

The Russia-Africa summit and economic forum will take place on October 23-24 in Sochi’s Olympiisky Park. State leaders from more than 50 countries of the continent were invited to the summit, and more than 40 of them already confirmed their participation. Putin and Abdel Fattah el-Sisi, who chairs the African Union, will co-chair the summit. More than 3,000 African business representatives and high-level delegates from Russia and the African countries will take part in the economic forum.

Roscongress noted that a meeting between Russian Presidential Adviser Anton Kobyakov and Egyptian Ambassador to Russia Ihab Nasr was held in Moscow on Wednesday. The sides discussed the Egyptian delegation’s participation in the Russia-Africa summit and economic forum.

"Relations between Russia and Egypt are on the rise now. This country is Russia’s reliable partner not just in the Middle East but globally as well," Roscongress quoted Kobyakov as saying. The Russian presidential adviser stated that "Russian-Egyptian economic cooperation has been actively developing over the recent years, the volume of mutual trade is growing, and there is active cooperation in the sphere of education and scientific-technical cooperation." He said that "there are grounds to believe that this positive dynamics will be preserved," and the forthcoming summit and the economic forum "will make it possible to discuss the further plans to consolidate Russian-Egyptian cooperation in all areas."

The Egyptian delegation will be broadly represented in Sochi. Egypt’s leading business representatives will take part in the economic forum.