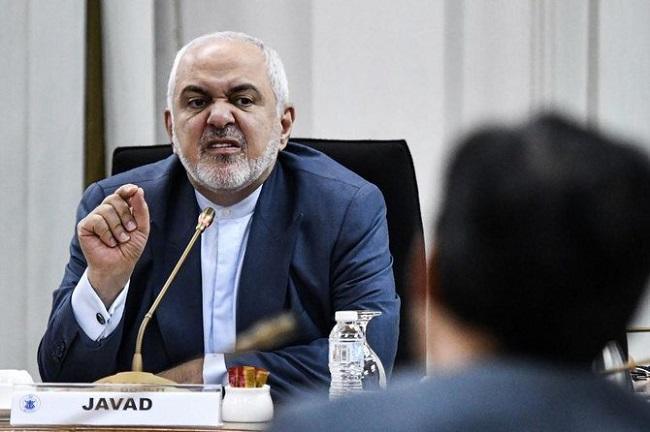 Iran's foreign minister has raised the specter of "all-out war" in the event of the US or Saudi military strikes and that Saudi Arabia would have to fight "to the last American soldier."

Axar.az reports citing CNN that Javad Zarif said Iran hoped to avoid conflict, adding that the country was willing to talk to its regional rivals Saudi Arabia and the United Arab Emirates. But the possibility of a return to negotiations with the US, however, would not happen unless Washington provided full sanctions relief as promised under the 2015 nuclear deal, Tehran's top diplomat said.

He again denied Tehran's involvement in weekend attacks on Saudi Arabia's oil facilities, which dramatically ratcheted up tensions in the region this week. Zarif said Yemen's Iranian-backed Houthi rebels, who claimed responsibility for the attack, have stepped up their military capabilities and are capable of conducting a sophisticated operation such as the one that knocked out half of the kingdom's energy production.

Probed further, however, Zarif was unable to provide proof that Houthis launched the drones and missiles.

The US and Saudi officials have repeatedly dismissed Houthi claims of responsibility in the weekend attacks. Instead, they have highlighted Iran's alleged involvement in the incident.