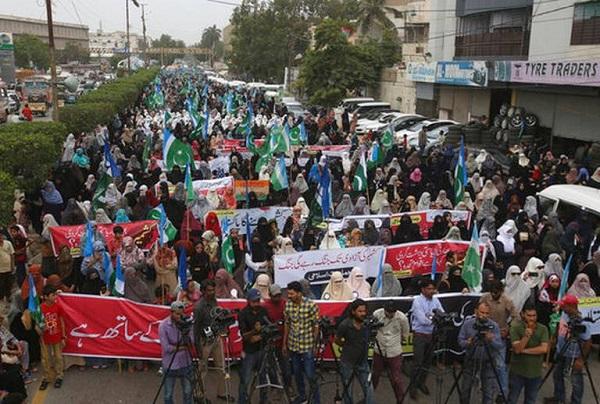 The situation in Jammu and Kashmir is 'unacceptable', according to academics, journalists, political leaders.

Axar.az reports citing AA that Indians petitioned the country's prime minister and president on the current situation in Jammu and Kashmir, describing the current restrictions in the region, "unacceptable".

Some 284 petitioners, including academics, journalists, political leaders and others, said in the document: "On humanitarian grounds, we find this situation unacceptable. The government should restore mobile and internet connections, which were declared a fundamental right just recently by the Kerala High Court."

"On democratic grounds, too, we find this situation unacceptable. If the government can take away freedom of expression and the right to debate legislation that affects their lives in Jammu and Kashmir, what prevents them from doing so across the country?," said the petition, addressed to premier Narendra Modi and President Ram Nath Kovind.

"It is not too late to roll-back the lockdown, hold legislative assembly elections in Jammu and Kashmir and let the people decide on Article 370 and statehood. We appeal to the government to do so," it added, referring the article of Indian Constitution that had guaranteed the special status of the Muslim-majority state since 1954 until last month.