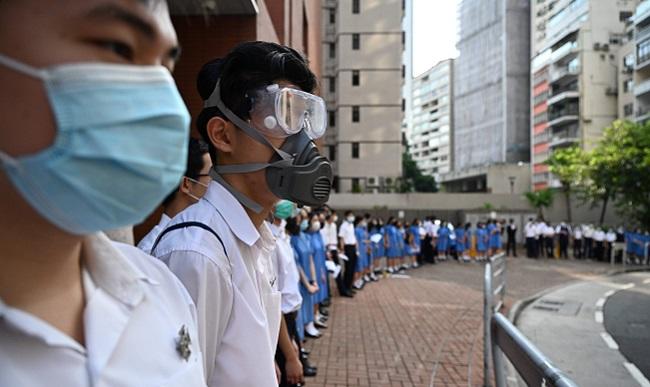 Hundreds of mask-wearing protesters have occupied Hong Kong central business district having planned yet another round of violent protests at the weekend.

The protests resumed while the city’s rail operator had just opened all stations that morning for the first time in a week.

The city's legislature on Friday began its first session since protesters had stormed the building in July.

Some lawmakers were seen wearing black masks as they sat in the chamber.