Hammond: I will not back government's election bid 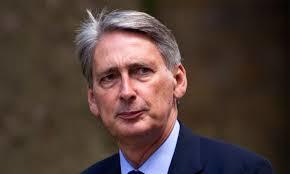 Britain’s former finance minister Philip Hammond said on Sunday he would vote against Prime Minister Boris Johnson’s bid on Monday to force an election, saying parliament should be focused on trying to secure a deal to leave the European Union.

“I shall be voting against him. This is not the time to be holding a general election, it is a time for cool heads and grown up government,” Hammond told Sky News, adding that parliament should instead be scrutinizing the Brexit deal.

“The government should stop making threats, stop throwing tantrums and get on with the grown up business of doing its business.”