Everything is in favor of Baku - Kocharian 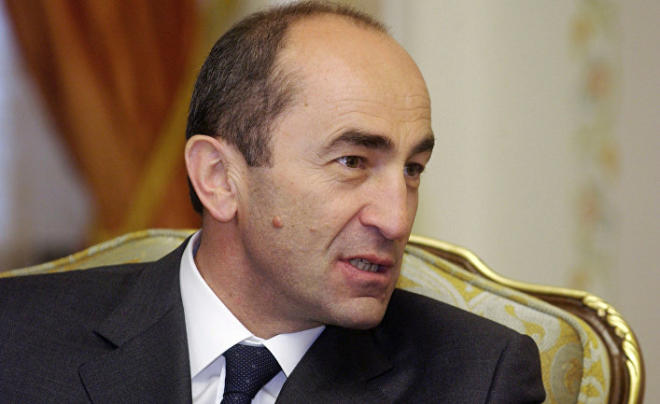 The second Armenian president, who is currently in prison, Robert Kocharian, gave an interview to the Sputnik-Armenia website.

Axar.az reports that Kocharyan touched on many points and gave advice to the Armenian people and the current government.

According to him, Armenia is in a very bad situation today:

“Our position in the political arena has significantly weakened due to the mistakes made by the Armenian authorities. The mistakes are obvious. Pashinian's statement "Karabakh is Armenia" generally undermined the peaceful settlement of the conflict. Everything has become in favor of Azerbaijan - the principle of the importance of territorial integrity.”
Kocharian said the recent interview with Foreign Minister Zohrab Mnatsakanyan could lead to serious consequences:

“These factors force Azerbaijan to take action. Baku may begin military operations by saying, "We demand our land and our territorial integrity." Today, the Armenian people must understand that the consequences of the war will be even more devastating than before. Perhaps, if the Armenian government and its Facebook partners understand this, this can wake them up. These people have no notion of war.

Imagine - when the opposing part increases military spending by 20%, our filling up our military budget is under doubt. I cannot describe it without swearing, ”Kocharian said.