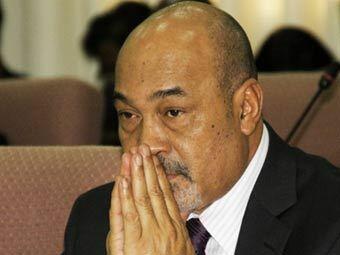 Suriname's President Desi Bouterse has been sentenced to 20 years in prison for the 1982 murder of 15 political opponents. The South American country is now on edge over what happens next.

Axar.az reports citing DW that a military court in Suriname on Friday convicted President Desi Bouterse of murder for the execution of 15 opponents in 1982, plunging the South American country into political uncertainty.

Opposition parties called on Bouterse, who is on a state visit to China, to step down. He was expected to return home on Saturday or Sunday.

The 74-year-old leader was sentenced to 20 years in prison, but the military court did not issue an arrest warrant. Under Surinamese law, he cannot be arrested until all appeals have been exhausted.

After the court decision, the government asked Suriname's 560,000 people to remain calm.